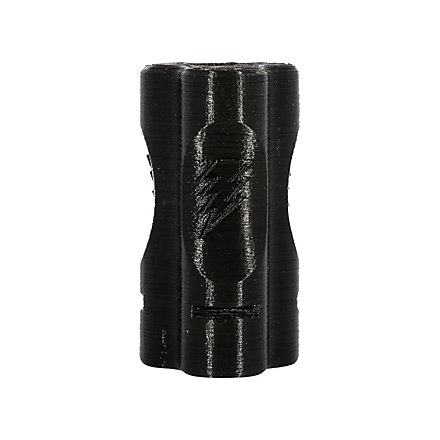 This Powershell will extend your N-Strike Trilogy's range signifcantly.

Thanks to its large air volume and the inherently strong spring, the Nerf N-Strike Elite Trilogy DS-15 is a true sleeper. The reason we don't see too much of its power is that three darts have to be accelerated with every shot.

This shell can be used exactly like the original Trilogy shell, but only shoots one instead of three darts, which is almost three times as powerful.

The performance of an unmodified Trilogy with Powershell is above Elite Blaster level. If the Blaster was also modified with a Blasterparts tuning spring, it is a real range wonder.

This Powershell is not compatible with the Nerf Zombie Strike Sledgefire.