Nerf is the best known manufacturer of Dartblasters and Water-Blasters with probably the largest assortment. With the classics Maverick and Recon as well as the Super Soaker series, the manufacturer from the USA began its triumphal march and still offers a large selection of high-quality blasters with many accessories. read more
Sort
Filter
1 2 › 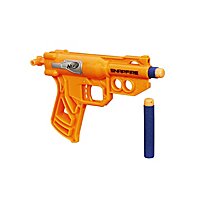 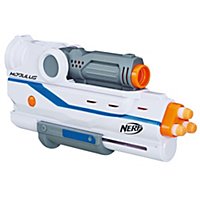 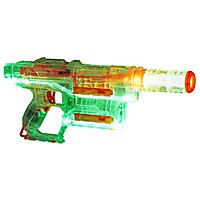 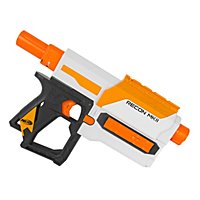 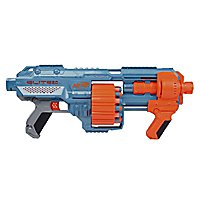 The NERF Gun was clearly the pioneer in terms of dart blasters. The classics NERF Maverick and NERF Recon were the ones that helped NERF and dart blasters in general to their global triumph and inspire and influence current developments to this day. And even if in the meantime other manufacturers like BuzzBee, CEDA or BOOMco. offer good blasters, NERF is still the non plus ultra of the blaster world. Here in this category we offer only the original Hasbro NERF blasters. But of course, the dart blaster hobby offers more than just buying the blaster. Who wants to tune and mod is best served with NERF!

NERF Guns are much more than just a toy for children, they also have a real collector's value for adults. In addition to classics, such as the Recon, the Maverick or the NERF Longshot, which are reissued in improved variants to this day, there are also always new developments and innovative approaches at Hasbro NERF. For example, the Sledgefire with its unusual cocking mechanism and a sleeve ejection for the shot dart.

Or the Infinus, which can load darts into the blaster's magazine on the fly via a clever system, or the NERF Evader, which lights up at the touch of a head and can even illuminate attachments with its own LEDs. There are also collaborations with other brands in terms of NERF Blaster, for example, the NERF Star Wars or NERF Fortnite series.

Dart blasters from NERF do not simply appear individually, but always in certain series that define the features and appearance of the dart blasters. Blasters of the Zombie Strike series, for example, usually look improvised, are reliable and pump action blasters. The NERF Modulus series has a particularly large number of attachments that can be combined with each other in any way. The N-Strike Elite Series, on the other hand, is characterized by particular power. Especially the N-Strike Elite Stryfe stands out from this series with various bodykits, with which you can recreate the look of an M-4, MP5 or AK-47.

One of the newest series is the NERF Ultra series which shines with completely new flight-enhanced darts and strong range. The MEGA Blaster shoot again extra large Mega Darts, which are heavier and thus have different flight characteristics. Or should it be rather a small but powerful NERF Microshot Blaster? If you want to buy a NERF Gun, you can find them definitly here!