Nerf X Fortnite - we knew immediately that this was going to be good and Hasbro didn't let us down. The Nerf Fortnite blaster series is innovative, fun and looks amazing! read more
Sort
Filter 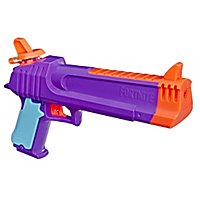 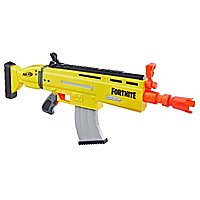 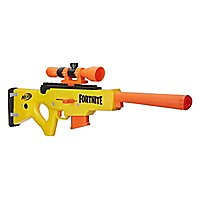 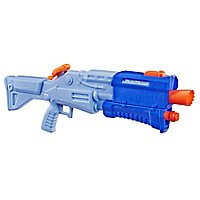 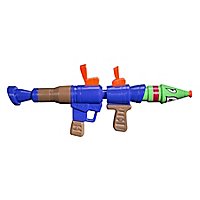 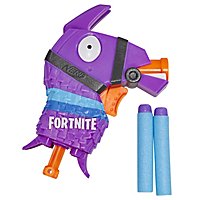 Fornite models and their NERF counterparts

Gamers can't get around this Blaster series. The SCAR from Fortnite finds its counterpart in the Nerf series in the Fortnite AR-L. The Handcannon in the Fortnite HC-E and the popular Silenced Pistol can be found as SP-L in the Hasbro range.

The authentic look is outstanding. These blasters really look just like their counterparts and really deliver on the games' comic look. To top it off, there are nice details like the little Llama on the AR-L's magazine or the inscription Shhhhh... on the Silenced Pistol.

This series is not only something for fans of Epic Games' Battle Royale Shooter, but also makes dartblaster enthusiasts happy. The AR-L, for example, has a pretty unique shell, the SP-L a completely new barrel extension, the TS-R is a great MEGA dart shotgun and the designs of the microshots are just amazing.

Models such as the RL Rocketlauncher and the TS-R, the Tactical Shotgun also demonstrate the potential for innovation that lies in the introduction of new license series. Both blasters are quite unusual designs, which should cater to the hobbyists and modders of the scene. In the future there will be some more new developments that we can look forward to. It is nice to see that Hasbro does not limit itself to microshots when it comes to introducing new licenses. They also introduce full fledged blasters. We can look forward to future license deals. Hasbro didn't just slap a license on existing products, but created new and exciting stuff with it!